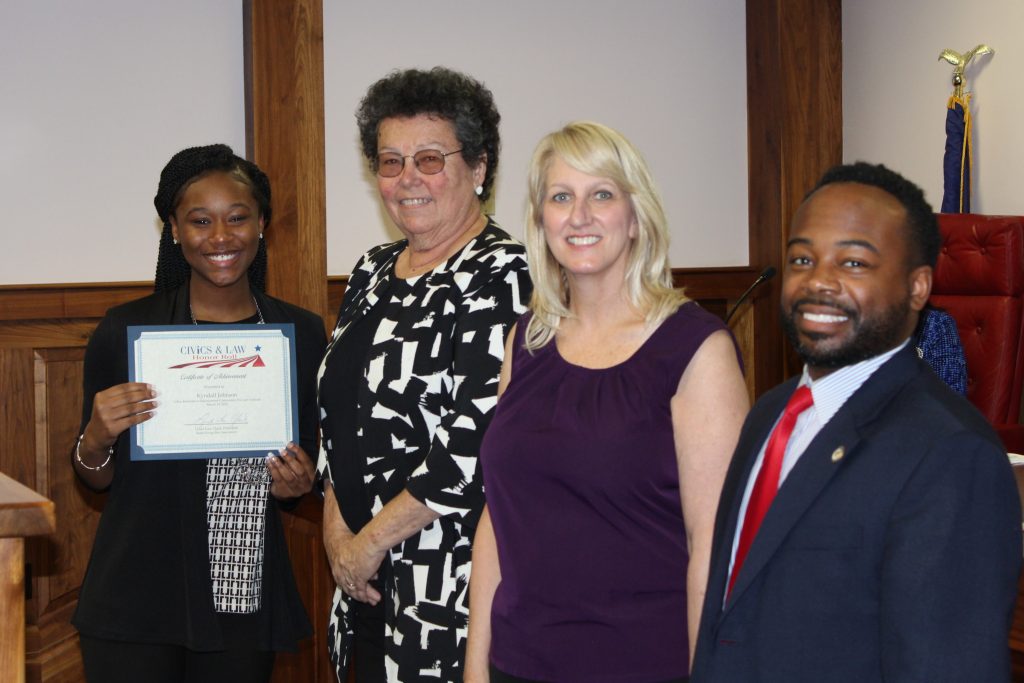 The prestigious award recognizes high school students from throughout the United States who have demonstrated a commitment to civic learning and engagement.

For 14-weeks, UREC’s pre-law scholars:  studied civics, law and the criminal justice system; observed and participated in the public policy making process; and networked with attorneys during visits to the 19th Judicial Courthouse and Kean Miller LLP. The pre-law scholars demonstrated their knowledge and skills in a culminating event—a mock trial of a criminal case.